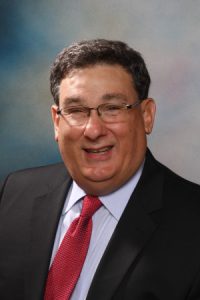 Ken Glickman has been a leader in the executive recruiting and consulting field for over thirty years. He has consulted with manufacturing companies, financial institutions, associations, non-profit organizations, technology firms, governmental agencies, and health care systems throughout Michigan and the United States.

Known for his insightful analysis of leadership issues, Ken is a probing interviewer who searches for the truth.

Additionally, Ken has had extensive experience as a published writer. He wrote the on-going column, Career Smart, for the Lansing State Journal and has written other business articles for the Wall Street Journal’s National Business Employment Weekly, Career World, Greater Lansing Business Monthly and other publications. He also writes feature entertainment articles and reviews for the Lansing State Journal.

He has been interviewed twice for the Michigan Business Network and had a regular appearance, Get a Job, on a local radio program.

Born in the Cleveland suburbs, Ken received his degree from Indiana University, Bloomington. He was appointed commissioner for the State of Michigan Career Education Advisory Commission. Active in community affairs, Ken was honored with the Volunteer Of The Year Award from the American Heart Association, served as its president, was appointed to the Executive Board for the Michigan Israel Business Accelerator, Library of Michigan Foundation, Ele’s Place and was a member of the Lansing Rotary Club.

It's All About People!